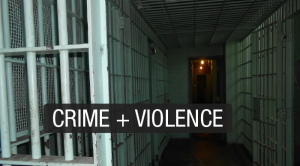 The Massachusetts Libertarian position on crime and violence is that if there is no victim, there is no crime. The Libertarian Party of Massachusetts platform is "Laws requiring the use of personal protective equipment intended primarily to protect the user, such as Motorcycle Helmets and Automobile seat belts, should be repealed, because protecting people from their own actions is not a fundamental purpose of government."

We believe that government should not create laws to protect us from ourselves. Laws such as texting while driving have minimal effect on changing behavior but turn otherwise law abiding citizens into criminals. Libertarians favor free market solutions over government mandates to achieve social change.

Massachusetts Libertarians recognize that government has a legitimate goal of protecting individual liberty and to provide a judicial system to determine restitution when someone has been harmed. We believe that those who are accused have a right to due process and that any punishment must fit the crime.

We believe that the "War on Drugs" has been a failure that has resulted in overcrowded prisons with people who committed no crime against another person. With the legalization of marijuana, Massachusetts Libertarians demand that all marijuana convictions be overturned and that anyone convicted where no harm was done against another have their full rights restored.

Libertarians believe that the existing justice system is seriously flawed.