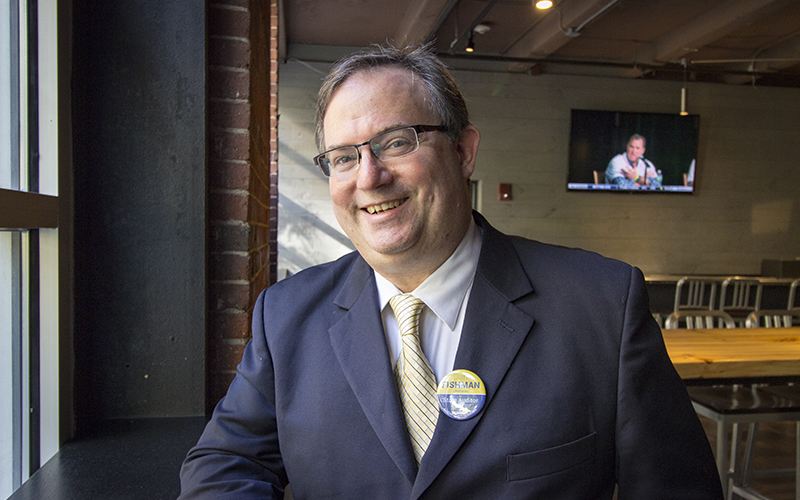 While I did not win my campaign for Auditor, we broke new grounds for Libertarians in Massachusetts.  In addition to the Boston Globe and Worcester Gazette endorsing my campaign and legitimizing the Libertarian Party to their readers.  As you know, I quit my job in August in order to run full time, and spent 3 months travelling throughout the state promoting my candidacy and the Libertarian Party. Our brand could not be hotter in the state!

Which is why we need you to step up now.  Money is of course the mother's milk of political campaigns, but for Massachusetts Libertarians, who are engaged in a battle for the hearts and minds of the most educated electorate in the nation, every dollar spent now is amplified because of our leadership in political thought throughout the country.

We have great plans for the next year.  We have a dynamic new State Committee with a fine combination of youth and experience.  And this State Committee has seen fit to offer me the position of Executive Director of the Libertarian Association of Massachusetts, and I have accepted.

Our goals include electing promising Libertarian candidates in nonpartisan municipal elections.  As Libertarians saw, Jeff Hewitt was County Commissioner in Riverside County, California, where he will oversee a $5.5b budget.  53 Libertarians were elected across the country in November.

Massachusetts has one elected Libertarian -- David Blau was elected to Town Meeting in Walpole.  I'd like to increase that number tenfold.

To do that we need your help.

Your generous donation will help us make 2019 the most free year in Massachusetts this century.