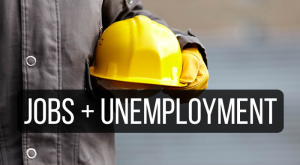 Libertarians favor a laisezz-faire, free-market capitalistic economic system for its economic and moral benefits. In a capitalistic society, rather than the government deciding which firms produce what, and what goods and services are produced and provided, the free-market would decide: individual consumers would use their dollars to ‘vote’ for what goods and services they desire, rather than the production and consumption being centrally planned by the government.

Free-market capitalism puts consumers in ‘charge,’ rather than the government. Producers are therefore incentivized to meet the wants and needs of consumers, by measuring how much consumers buy or don’t buy. Consumers not only want goods and services that are the best ‘bang-for-the-buck,’ but also are of the highest quality.

On the producer side, there are no ‘barriers to entry,’ disallowing producers from providing a good or service: any producer, or any size, can enter a market without having to gain permission from the government by obtaining some sort of license. Since all producers are able to produce a good or service, there are no ‘government-regulated-monopolies,’ and producers have to compete with each other to gain the consumers’ dollars. In order to do that, they have to make not only the best quality products, but also be constantly meeting and predicting consumer needs and wants. Therefore, producers are incentivized constantly innovating to beat out the other producers.

This system is also the most moral because there is no use of coercion by the government telling consumers what they can or can’t buy, or what producers can and can’t sell or produce. Free-market capitalism effectively promotes voluntary trade, offering benefits to both the buyers and sellers. All other economic systems require the regulation of production and consumption. Free-market capitalism does not.